A downloadable game for Windows

Welcome to Clean City, a futuristic city that lives under the threat of Sergeant Rocco.

Our protagonist is Diana Katz, a child prodigy who invented a robot with unique qualities. Kiara is a robot capable of jumping, skating, rolling, and destroying everything in her path. With these abilities she will keep the peace safe in Clean City.

Roller Katz gameplay mixes the genre of platforms with high speed, skating and different gadgets with which to defeat your enemies.

The long levels have multiple paths full of surprises, places to skate, bars over which to grind, rivers to jump over, etc. All this accompanied by enemies who will try put an end to the adventures of our partner Kiara.

GAME NOMINATED in the  Playstation Talents Awards 2020  in the categories of Best Art, Most Innovative Game, Playstation Compromise and Best Game of the Year.

This is the first episode of Roller Katz: BF.

This game has been developed by Naili Studio and directed by David Amado Fernández.

BUY THE FULL EPISODE 1 TO SUPPORT THE DEVELOPER:
https://davidamado.itch.io/roller-katz-bf

The controls are real slippery which does make control very difficult. I had most my luck controlling the character with the mouse instead of turning with A/D, maybe add an option to increase mouse sensitivity so players can turn quicker just by using the mouse. Also maybe instead of A/D turning character, it makes them lean left/right, so it's not such an aggressive turn.

Graphics are killer, lots of polish put into visuals, it looks really good!

The controls on keyboard make it almost unplayable. The fact that I HAVE to use A and D button to turn, there is no sort of strafe or quickstep (Come on, Sonic has quickstep!) makes course correction when you miss something a complete chore. It feels like Boost Mode Sonic, but if high-speed controls applied even when you're not running at high speed. I guess this can work, since I tried playing the game again after beating it once, and it went a lot smoother - but it could probably use some kind of a tutorial.

Turning at the same time doesn't feel like turning in racing games either, it's somehow too slow and too fast - it feels as if there's a delay on it, or like I'm fighting against some kind of counter-force. I'm assuming this would've been better on a gamepad, but on a keyboard it just sucks. I'm assuming so because the rail grinding section gave me gamepad tooltips even though no gamepad was connected. Said tooltips were also in Spanish, but that was less of a problem. Similarly, command to move between rails is left/right+jump - I'm not sure why, it'd be more intuitive to just use single presses of A and D, since precisely pressing buttons is one of the advantages of a keyboard over a control stick.

It doesn't help that the level design doesn't seem always designed for the controls - I genuinely forgot what the jump button was, because you don't need to jump once in the entire level, except for the rail grinding section . Similarly, you can grind on objects in the environment, but that comes up literally once in the very first section and it's perfectly missable.

Similarly, some of the combat arenas - the two ones after the big loop that turns into a track, and before the train, didn't seem designed with the turning radius in mind, since they're too tiny to comfortably turn in, and Kiara doesn't have any kind of a 'homing' attack like Sonic does and you need to actually run up directly to the enemy, which is a pain with these controls. Instead, the combat arena right before the boss (after the train) was way better because instead of expecting you to stop and turn (which you can't do), it was designed so you can do laps around the arena, meaning that if you miss an enemy, you don't have to turn around and try to hit them (feels terrible) but you can simply go forward and try to hit them on the other go-around (feels great).

Also, there is literally no way to increase your mouse sensitivity, which just adds to the feeling of lack of polish. Currently the sensitivity feels way too small on my computer.

Bossfight with the Hummingbird was just awful. Boss can heal himself, which is never a good idea, has a ginormous healthbar, and you have a limited amount of ammo. If you run out of ammo, Kiara does a long panting animation, which is annoying, kills the pace and most importantly, boss can recover health during it. But boss isn't at all hard - because it's impossible to die. Boss AI is so bad at attacking, that even if you literally stand still, you can't die - boss deals very little damage, and his attacks are so poorly targeted that half the time he couldn't hit me no matter what (it seems the attack have a max range after which they automatically explode - not sure why is that, it made him way less threatening). I literally walked away from the computer for a minute and when I was back, I didn't even lose any health. So the fix is simple - make the boss attack better at actually hitting the player (longer range homing missile that you can outrun that auto-explode after some time?), give him less health but don't let him heal, because that's annoying. Of course the bossfight was also hurt by the mouse sensitivity thing, which made aiming the guns a chore.

Ironically, I liked almost everything else aside from some aspects of the gameplay - when the gameplay works and I'm not just doing donuts in confusion, it feels great. The graphics are amazing, I love the character designs and art direction, and the story seems interesting from the tiny bit we see in the intro. The game is beautiful and charming. However the controls issue prevent me from making a decision on actually buying the full version. Maybe if I eventually get a gamepad I will check out the demo again, and see if controls with the gamepad are better - maybe then.

Currently I am kinda torn on whether I even enjoyed this demo. If the keyboard controls and level design are more polished, this could genuinely be an amazing game, so I really hope you keep working on this project! I don't want you to get discouraged, I wrote all that to help you improve and not to make you think that I hated it.

EDIT: Oh right! One thing I really liked about the gameplay are those mines that don't hurt you too much, but instead they kill your momentum and throw you backwards. I think that was a really fun obstacle for a Sonic-style momentum platformer.

Oh! Thanks for your constructive criticism, I accept the criticism and I will continue to improve it, the issue of controls is not easy in this type of game. I think that if you have taken the time to write such a long review it is because deep down you liked it! :) I invite you to play my other games or even if you want the first full episode is available at a totally ridiculous price.

I mean, I haven't decided to not buy it yet. I will admit that when everything works perfectly, the game is spectacular. I forgot to write a section that I originally wanted to - that if you fixed the controls issues, then the game would be definitely worth more than 1€ because when it's fun, it's really fun, and your hard work really shows.

Also I taken the time to write such a long review is because I like a lot about it, but mostly because I think this game has potential to be the next big indie 3D platformer, like A Hat In Time or something, with just a bit more polish. Of course I understand that controls in a platformer are an extremely complex question, and in this case you're making a completely new type of game (there is nothing exactly like it - it's neither entirely Sonic nor Jet Set Radio, even if it takes some inspiration from both - my closest comparison would be 2D Sonic games made 3D), so you can't even simply reuse what others have done before you - you're basically in the same situation as Shigeru Miyamoto when faced with making Super Mario 64, you gotta invent everything from scratch. But I think you can do it.

EDIT: Ah, whatever. Bought it and gave you a tiny tip since again, I think slightly polished version of this game would be worth significantly more than 1€. Even if the controls won't work well, at least I can enjoy the style, and maybe learn something about game design.

I would give a bigger tip but I'm broke, lol, so sorry about that :P

Thank you very much indeed for your donation. I really appreciate this gesture and I invite you to play my other games as well, I think you will enjoy it and I will keep working and improving. Thank you very very much.

I didn't expect this game to be this fun. It does remind me of Sonic games I played before. It's really cool, good work.

Amazing Game. I loved the Sonic Adventure and Megaman Influences here. Congrats and keep it up!

Thanks for making this Gameplay, your support is very important. I will try in future updates to optimize the game, if it is not indiscretion, could you tell me how powerful your computer is? 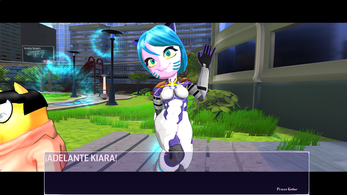 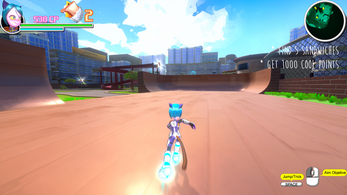 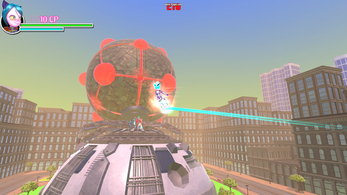 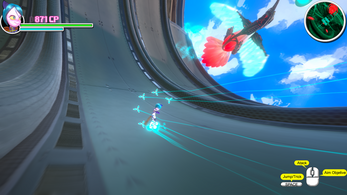 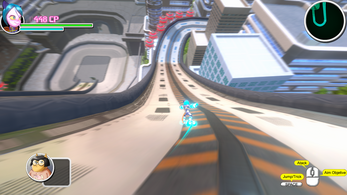 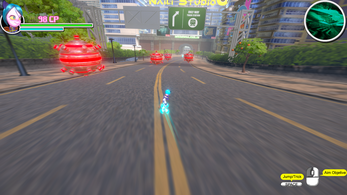 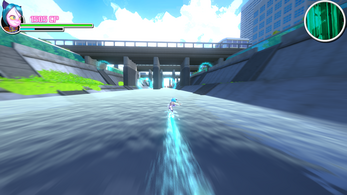 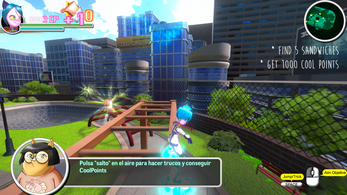 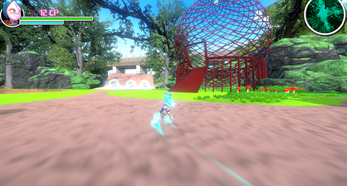